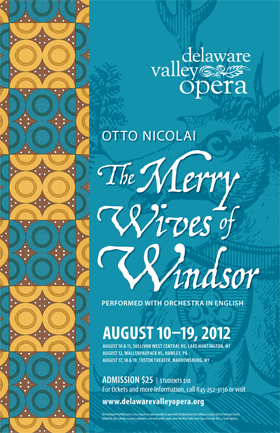 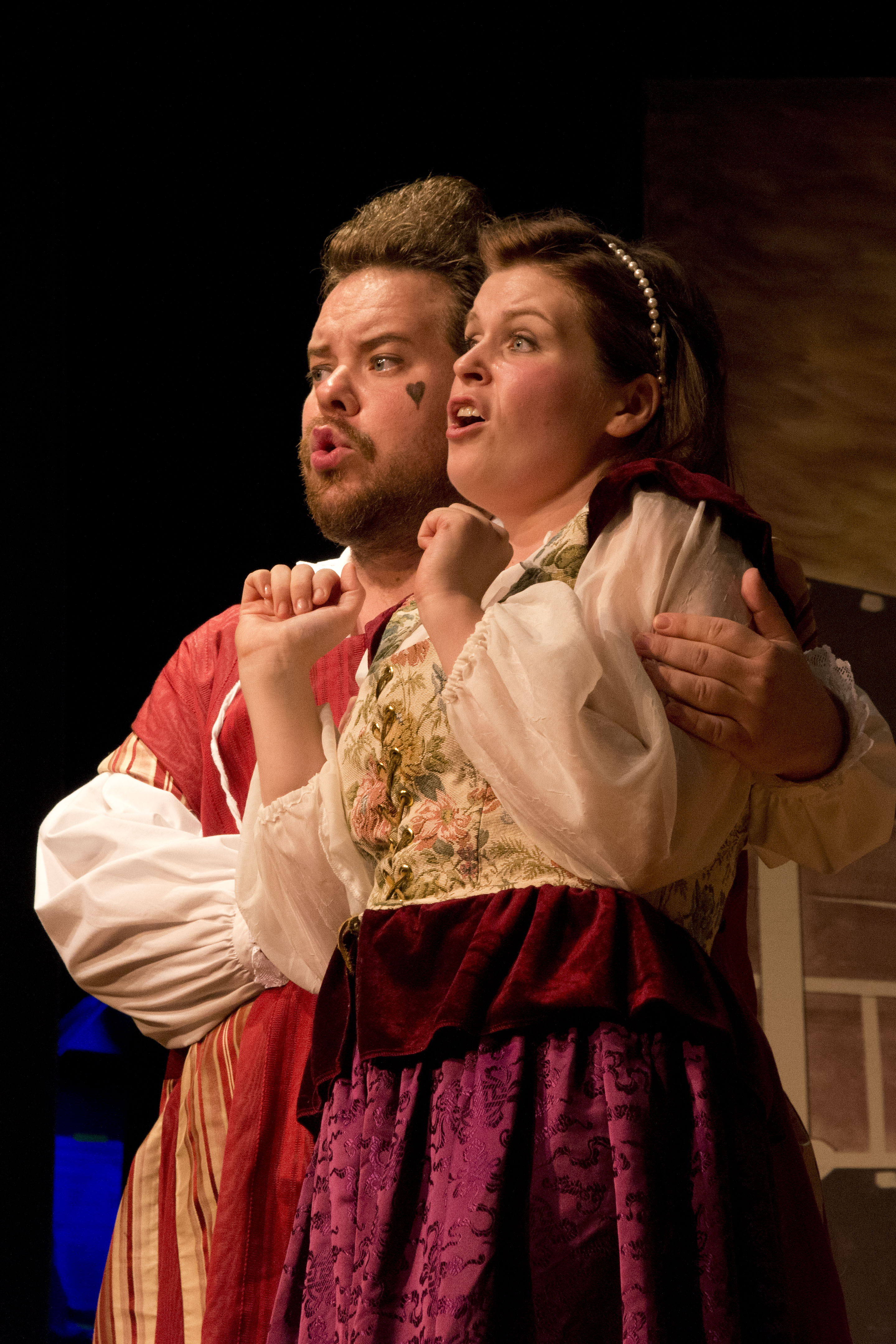 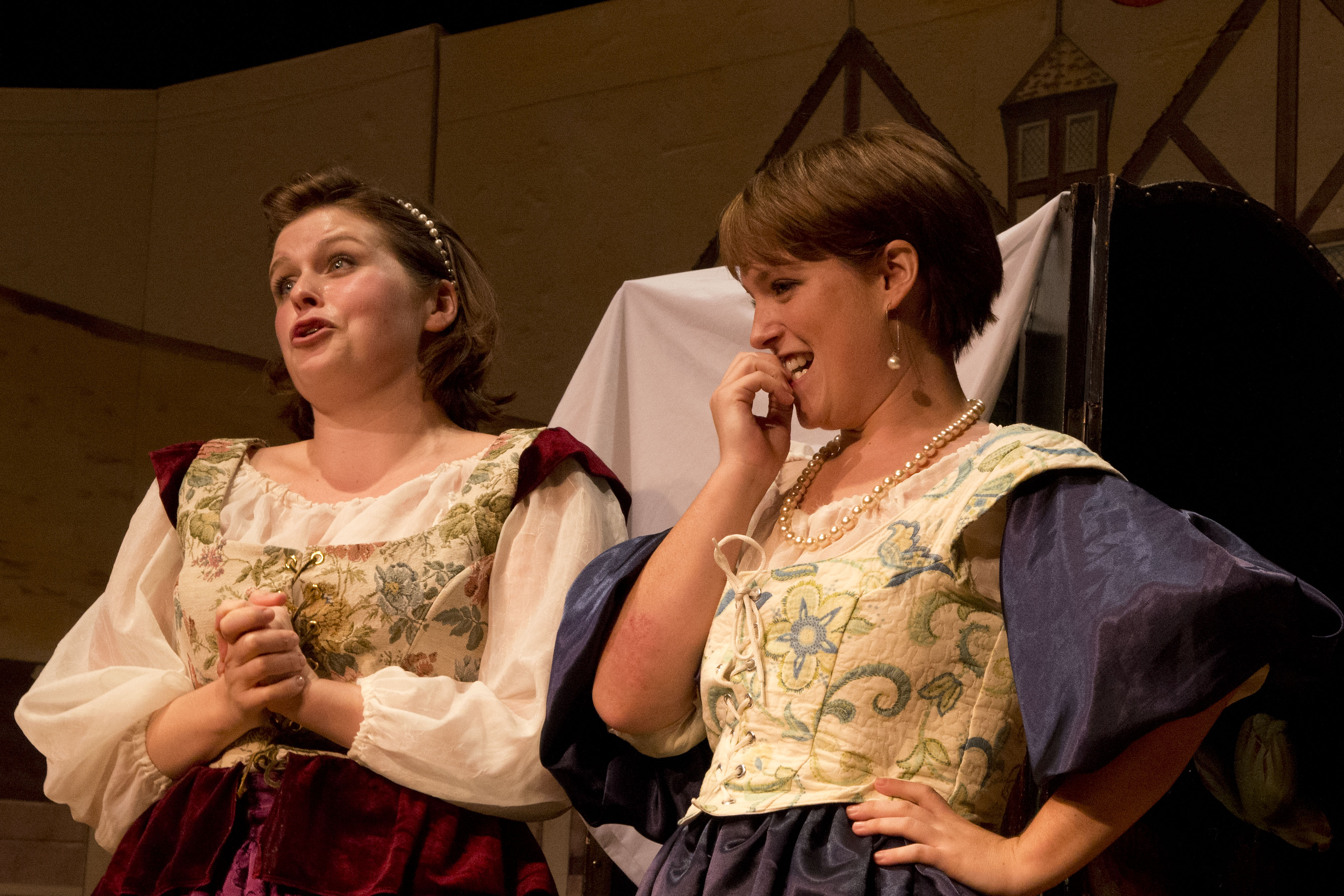 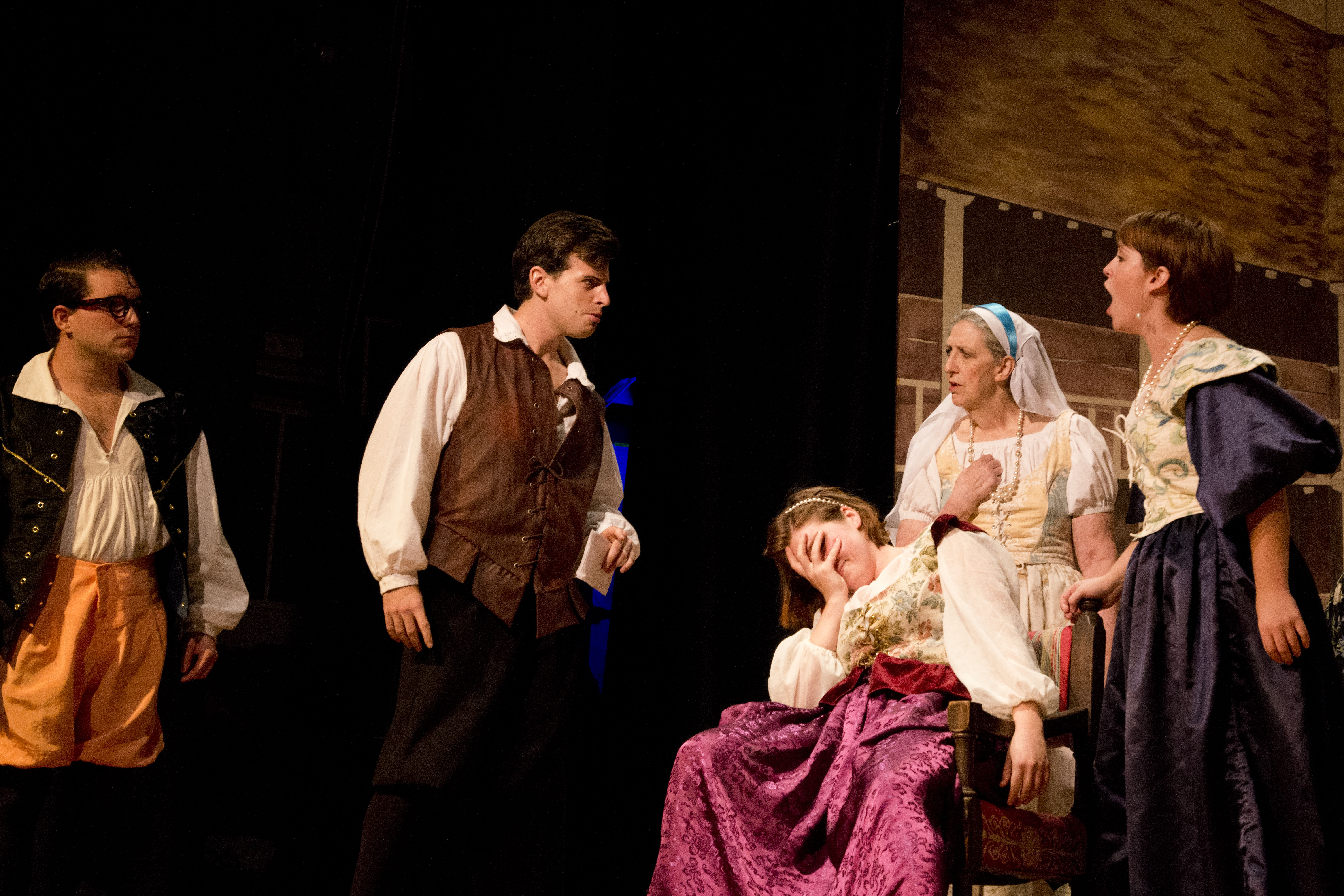 The Chorus and Orchestra of the Delaware Valley Opera

The “robust” voice of baritone Wayne Line (Falstaff) was recently praised as “well-articulated and well-projected, his acting fluid and dramatic” in Opera Canada, for his Vancouver portrayal of Eisenstein in Burnaby Lyric Opera’s Die Fledermaus. He performed Horace Tabor in the Canadian premier of The Ballad of Baby Doe, as well as the roles of Conte di Luna in Il Trovatore, Orveso in Norma, Gaylord Ravenal in Showboat, Belcore in L’Elisir d’Amore, Morales in Carmen, Marcello in La Boheme, and Count Almaviva in Le nozze di Figaro. Mr. Line has sung Germont in La Traviata and Blitch in Carlisle Floyd’s Susannah for Opera in the Ozarks, Michele in Il Tabarro and Lazar Wolf in Fiddler on the Roof for The Natchez Festival of Music, and has performed major roles for Summer Opera Lyric Theater, Viva Musica, and South Florida Opera in the United States, Opera Missisauga in Canada, and the Società dei concerti di Santa Margherita in Italy. return to top

Mezzo-soprano Lindsey Grebeldinger (Frau Reich) appears with the DVO this season as Emilia (Otello), Lois Lane (Kiss Me Kate), and Meg Page (Merry Wives of Windsor). and appeared as Olga in last season's production of Eugene Onegin. Other roles include the Witch (Humperdinck’s Hansel and Gretel), Ma Moss (Copland’s The Tender Land), Maman and The Chinese Cup (Ravel’s L’enfant et Les Sortilège), and Juno (Offenbach’s Orpheus in the Underworld) with Hartt Opera Theatre, ZaZa in Lehar’s The Merry Widow with Delaware Valley Opera, the title role in Bizet’s Carmen with Hartt Opera Scenes, and Mrs. Nolan in Menotti’s The Medium with Connecticut Concert Opera. She sang for Marilyn Horne in a masterclass sponsored by Connecticut Concert Opera, performed as soloist in Handel’s Messiah with the New Haven Symphony, and has appeared as soloist in the Duruflé Requiem, Britten’s Rejoice in the Lamb, and the Brahms Alto Rhapsody. She holds a Bachelor of Music from The Hartt School, and is currently a candidate for Master of Music at the College-Conservatory of Music in Cincinnati, where she is a student of Tom Baresel. return to top

George Hemcher (Sparlich), a native of Malvern, Pennsylvania, is a candidate for the Masters in Music Piano Vocal Accompanying Degree at Manhattan School of Music, where he is a student of Thomas Muraco. Most recently, Hemcher worked on Donizetti's Lucia Di Lammermoor in Thomas Muraco's Opera Repertory Ensemble, where he worked with two other pianists in transcribing a two-piano orchestral reduction of the opera. Hemcher also holds a degree in Music Merchandising from Hofstra University, where he was an active collaborative pianist with Hofstra Opera Theater, and was the pianist for their productions of L’incoronazione di Poppea and Die Fledermaus. In 2011, Mr. Hemcher sang Don Ottavio in Mozart’s Don Giovanni with Hofstra Opera Theatre, and in 2010 he sang Dr. Blind in Strauss' Die Fledermaus. Mr. Hemcher studies voice privately with Tammy Hensrud. This season with DVO, Mr. Hemcher will also be Music Director/Conductor for Kiss Me Kate, and will be a rehearsal pianist for Merry Wives of Windsor, in which he will also be singing the role of Slender. return to top

Mezzo-soprano Meredith Hudak (Frau Reich) saw her first opera at age 12, and after eight years made her European debut standing next to her host family’s kitchen table in Florence (in German, natürlich). She has sung Zerlina, Mercédès, and Mallika with the American Symphony Orchestra, and has appeared at the Bard Summerscape Music Festival. Ms. Hudak is grateful to Shakespeare for many things, but especially for giving her the opportunity to say, in all seriousness, “hey, nonny, nonny.” return to top

Tenor John Kaneklides (Fenton) has been described as a “richly mellifluous tenor.” Most recently he made his debut with Pinehurst Opera Festival, where he performed Rodolfo in La bohème. Other operatic performances include Tamino in Die Zauberflöte with Central Piedmont Opera, and Triquet in Eugene Onegin and Gastone in La Traviata, both with Opera Carolina. As a Young Artist with Opera North, he portrayed Basilio in Mozart’s Le nozze di Figaro and covered the role of Ramiro in La Cenerentola. He has also performed as tenor soloist in Mendelssohn’s Elijah, Handel’s Messiah, and Dubois’ The Seven Last Words of Christ. Kaneklides has received several vocal awards, including the Bel Canto Prize from the Orpheus Competition, an encouragement grant from the South Carolina Metropolitan Opera National Council, and was a finalist in the 2011 Nico Castel International Master Singer Competition, where he made his Carnegie Hall debut. He holds degrees in Voice and Business from Winthrop University, where he is currently a Masters of Music candidate. return to top

Soprano Eileen Mackintosh (Frau Fluth) is a lifelong multi-faceted musician, singer, teacher, and conductor. Recent performance highlights include the roles of Abigaille (Nabucco), Fiordiligi (Cosi fan tutte), Lady Macbeth (Macbeth), Aida (Aida), and Hanna Glawari (Merry Widow). She will sing the roles of Desdemona (Otello) and Alice Ford (Merry Wives of Windsor) with the Delaware Valley Opera this season. An avid concert artist, Ms. Mackintosh will present several recitals this year, including the music of Ernest Charles and the Vier Letzte Lieder of Strauss. She made her debut in Weill Recital Hall at Carnegie Hall last season, as a finalist in the Nico Castel International Master Singer Competition. Equally passionate about teaching and conducting, she maintains a full-time private voice studio, and is the Chorus Master for the DVO, and she is a frequent guest conductor for regional choral music festivals. Mackintosh earned her M.M. from the University of Connecticut and B.M. in Music Education from SUNY Fredonia. return to top

Baritone Ed Moran (Falstaff) is an emerging young artist who is quickly becoming known for his astounding musicianship and character portrayal. He has performed across the West Coast of North America and in Europe. With an extensive and growing repertoire, Mr. Moran has been seen throughout Canada in the roles of Capulet in Gounod's Roméo et Juliette, Conte Almaviva in Le Nozze di Figaro, Sharpless in Madama Butterfly, and most recently as Sam in Leonard Bernstein's Trouble in Tahiti at the Vancouver International Fringe Festival. Praised for his "gusto and panache," Mr. Moran made his American professional debut as Benoit/Alcindoro with Opera San Luis Obispo in their 2010 production of La Bohème. He has also enjoyed introducing over 50,000 children to the world of opera with both Vancouver Opera In Schools and Opera NUOVA Outreach. He holds a Masters Degree in Opera Performance from the UBC School of Music, and a Bachelor's degree in Vocal Performance from the University of Alaska in Anchorage. return to top

A native of Kastoria, a small rural town in northern Greece, bass Georgios Papadimitriou (Dr. Cajus) began his musical studies at the age of 5, and has been a choir member of the Greek National Opera and the Hellenic Broadcasting Corporation. He was accepted at the Greek National Opera Studio for the 2009–2010 season, where he covered the roles of Leporello and Don Alfonso. He is pursuing his M.M. in Vocal Performance at the Conservatory of Music at Brooklyn College, where he has performed the roles of Sobakin in The Tsar’s Bride and Palemon in Thaïs with Brooklyn College Opera Theatre. return to top

The Merry Wives of Windsor (Die lustigen Weiber von Windsor), is the most famous work of Otto Nicolai, the nineteenth-century German composer and conductor, who was also the founder of the Vienna Philharmonic. Die lustigen Weiber von Windsor is set to a libretto by Hermann Salomon Mosenthal, based on William Shakespeare's comedy, The Merry Wives of Windsor. It was premiered at the Hofoper in Berlin in 1849.