Buy Tickets $30 Friday Nov 4, Sat Nov 5 and Sun Nov 6, 2022
Rock n' Roll
COLLABOWEEN! Come celebrate an evening in Sleepy Hollow with the one and only "Consider the Source". With special guests "The Lights Beneath" and "Social Assassins"!
RIGOLETTO in Performance - Tshombe Selby as the Duke and Mark Cotton as Rigoletto
Watch the video in the PERFORMANCE ARCHIVE
The Pirates of Penzance - Watch the Video
The Opera Cowgirls

Angst by any other name: ‘La Bohème’ and ‘Rent’— a tale of two cities

When I called the Delaware Valley Opera Company (DVO, www.dv-opera.org ), the young lady on the phone was perplexed as to the reason for my palpable excitement. I had already explained that I was looking forward to seeing (and hearing) both “La Bohème” (at the DVO) and “Rent” at the Forestburgh Playhouse ( www.FBplayouse.com ) on consecutive nights, back to back.

“I don’t get it” she said. “What does one thing have to do with the other?” Initially, I was aghast. I wondered (aloud) how it was possible that a company could be producing Puccini’s “glorious and heart wrenching score of love, despair and death” without knowing that Jonathan Larson had created “Rent” (“a story about being young and learning to survive, about falling in love and living for today”) without making the connection. I gave the voice on the other end of the phone my brief synopsis of both shows, had some reservations and made some reservations, simultaneously.

In fact, “Rent,” which won the coveted Tony Award for best musical and a Pulitzer prize when it opened on Broadway, openly acknowledges that it is based on “La Bohème.” Puccini (I’m just guessing here) is probably still unaware of the uncanny similarities.

“Rent” is set in an East Village industrial loft on Christmas Eve and opens with Mark (a young filmmaker) and Roger (an ex-junkie songwriter) bemoaning their tale of woe: no money, no food, no heat. K.J. Hippensteel and Josh Sassanella (as Mark and Roger, respectively) both have strong, well trained voices and the opening number, “Tune Up,” sets the stage for what turned out to be an inspired production that was gorgeous to look at, beautiful to listen to and (as promised) heart-wrenching on the emotional scale.

“La Bohème” is set in a garret in Paris on Christmas Eve and opens with Marcello (an artist) and Rodolfo (a writer) bemoaning their tale of woe: no money, no food, no heat. Mark Garguillo and Erik Sparks (as Marcello and Rodolfo, respectively) both have strong, well trained voices and the opening number (sung in Italian with English supertitles) sets the stage for what tuned out to be a production that was beautiful to listen to. Hmmm.

It would be unfair (in my humble opinion) to compare both shows on their production values, since the DVO, under the guidance of artistic director Jim Blanton, is dependent on grants and funding from various sponsors and this has been a tough year for both in this troubled economic climate. The Forestburgh Playhouse, under the guidance of artistic director Norman Duttweiller, has stronger financial support and therefore is able to access a bit more in the sets, costume and lighting departments—and it shows.

Suffice it to say, however, that both productions share a considerable amount of talent on stage. Both are entirely sung, with virtually no spoken word; and without incredibly strong voices, neither production would have been capable of holding its own. In “Bohème,” Julie Ziavras (as Mimi) and Jeanne Marie Lowell (as Musetta) have incredible range and deliver strong, powerful renditions of Puccini’s lush and romantic score.

In “Rent,” Mia Gentile’s Mimi and Kate Schwarz’s Maureen are equally up to the challenge of Larson’s complex, modern interpretation. Oddly, both shows shared a weak link in the role of the nasty landlord. David Marmanillo (as “Rent’s” Benny) and Raymond Uy (as “Bohème’s Benoit) were ever-so-slightly off the mark, but neither seriously detracted to the overall effect on the part of either shows’ combined efforts.

It is no wonder that both productions have stood the test of time, although “Rent” would still have to be considered the love child of “La Bohème.” They both stand alone, but it is impossible (for me, anyhow) to see one without thinking of the other... we’ll leave “Moulin Rouge” out of the equation altogether.

Both productions boast talent. “Bohème” showcases the performances of Gustavo Morales, Eric Barsness, Kevin Pinkel, Johanan Bickhardt and Jim Mould, supported by a large and talented ensemble. “Rent” stands out with supporting players Derrick Parks, Benai Boyd, Diego Diaz and Matt Dengler, among others—but the ensemble work in “Rent” is truly amazing. These gifted young singers give it their all and they make the rafters of the playhouse resonate long after the audience has vacated the theater.

My recommendation? See them both and experience how the same story can be told in such diverse ways.

Tickets for "Every Brilliant Thing"

Check in at the Delaware Valley Opera Center box office when you arrive to pick up your tickets.

Choose your date, click Buy Now and then you can select a quantity. 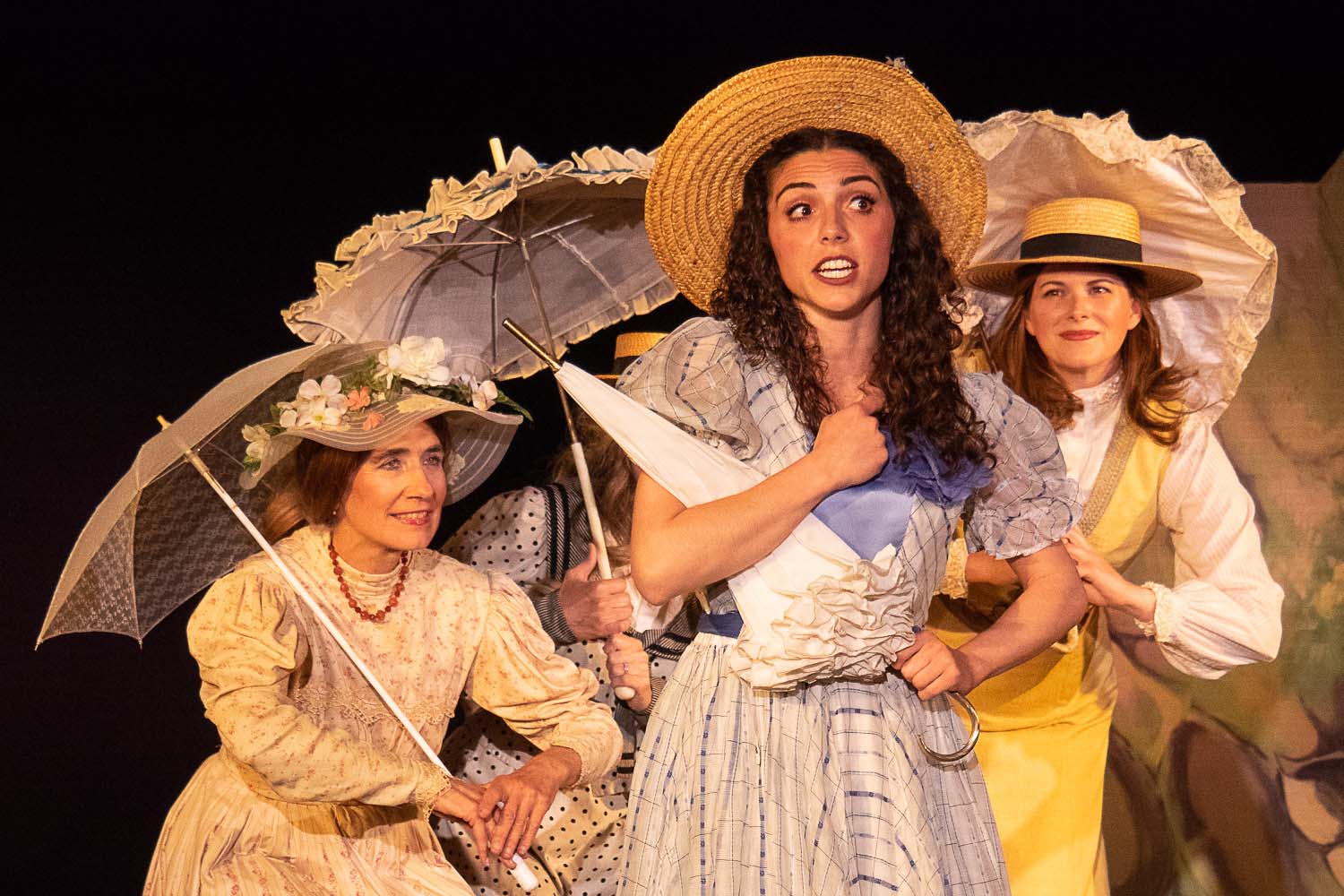